I started the upgrade of our matomo system at 11:30PM and it is now after 3:30am and the database update is still running… We average over 4 million page views a day so this is a very large instance. Any ideas of how long this may run?

I have site in maintenance mode and have tracking disabled.

Upgrade is running via command line like suggested for large sites.

guess we will be down a day or two… Any suggestions on how to maybe speed up is welcome.

Finally moving along with the update and on step 283 of 314, but running out of RAM on the MySQL side. 64GB all used up and hitting swap. Crashed once and I have restarted after giving MySQL access to most of the RAM in hopes it can finish. Running for about an hour now on this new run…

100% dead until I can get these large update scripts to run completely. The following script eventually times out and kills the entire update. Been down since 11pm EST 1/27. 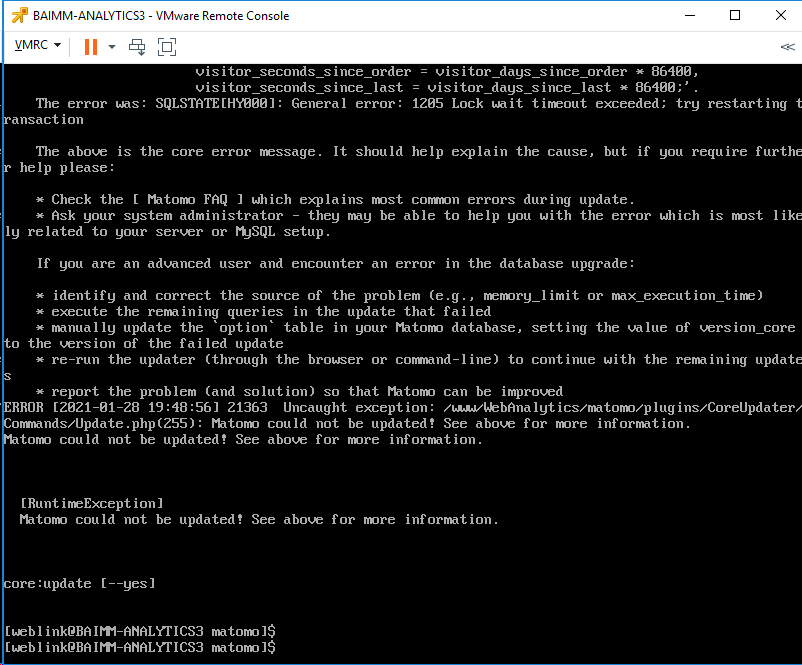